Kep province is a coastal province in southern Cambodia, known for its seafood and tropical islands. The relaxed provincial capital of Kep, or Krong Kaeb, has wide streets with crumbling villas that recall its former glory as a French colonial resort town. Kep Beach has calm waters and a promenade with large statues, while vendors line the waterfront at the nearby crab market. 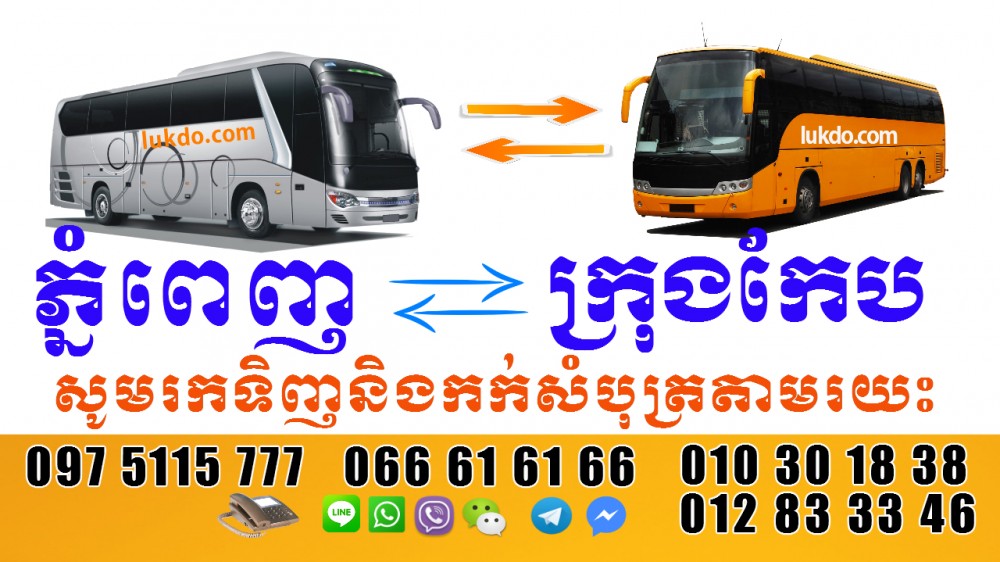 Traveling to Kep Province which have duration about 6 hours to reach there with the ticket price are 6$-7$ by VIP VAN .Most of the traveler they are getting there by Bus or often by private taxi with the price 50$-60$ for one way to kep Province.

Kep Province is the attractive place for visiting on vocation days there are not much good Hotels and Resort for relaxing. So Most of the traveler they are have to booking Hotel in advance.

Place to visit at Kep Province

Kep Province is the great province for a vocation journey there are many thing to do and see by the nature view. The traveler have to enjoyed sun bathing along the Kep beach. After that they are going to get at Kep Pepper Experience and Kep national park Walk,Moreover traveler would be adventure at Phnom Kampong Trach Cave, Countryside adventure. 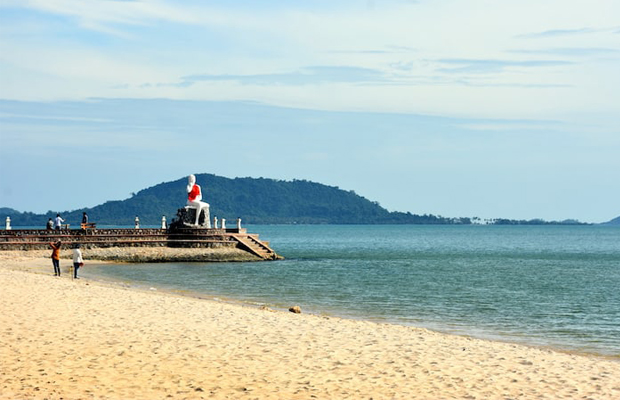 Kep Beach was Cambodia's top seaside destination until eclipsed in the 1960s by Sihanoukville (and, soon after, decades of civil war). The town is full of ruined shells of old villas, destroyed in the Khmer Rouge days and during the subsequent Civil War and stripped down by the leaving Vietnamese army.more information 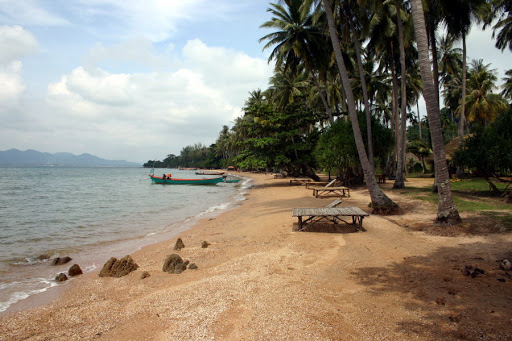 Rabbit Island or called Koh Tonsay is the natural resort locating at the Southeast of Kep town in 4.5-kilometer distance from the town, and has two beaches suitable for swimming because they have white sand and shallow water.Rabbit Island is perfect for those who love quiet and basic accommodations (beachside, unreliable electricity, mosquito nets) are available for only around $7-8 per night. 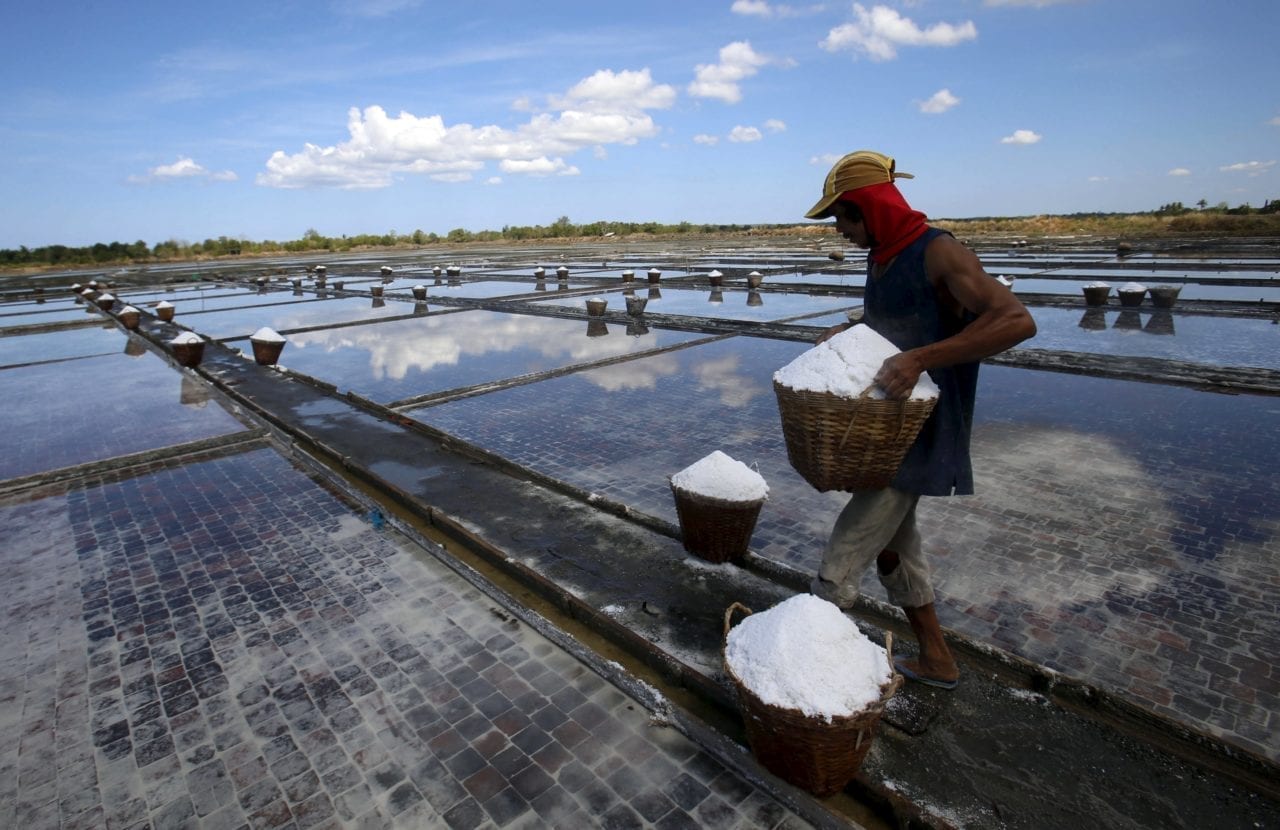 Salt Manufacturing is well known in Cambodia and found in the seaside province of Kep and Kampot Province. The product assured for local consumption and exportation, where seawater is allowed into salt evaporation ponds As the water evaporates, salt crystals are left behind and harvested. ... However, the salt production dwindled from 170,000 tonnes in 2015 to just 140,000 tonnes in 2016 and decreased to only 32,000 tonnes in 2017. 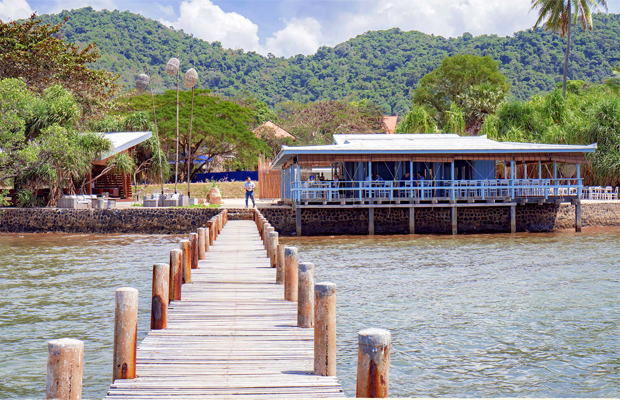 Phnom Sar Sear Resort is the natural and cultural resort locating at the Southeast in 14-kilometer distance from the provincial town of Kam Pot. When the King, Sa Kor Reach and his troop arrive at the seaside area, he gets off the horseback and move furtively along the mountain side (at that time the mountain was an island) for fleeing. So that, We call the mountain ?Sar Sear? means ?move furtively?. Phnom Sar Sear consists of three-small mountains having approximate 1.5-square kilometer landarea. The mountain with approximate 40-meter height. What you will enjoyed at there? Tourists can enjoy themselves in the mountain caves such as the cave of Phnom Ach Pro Chiev and especially the cave of Phnom Dam Rey Sar where we found a great architecture of Viel Sre 100 inside. On the mountaintop of Sar Sear there is an artistic and color full Stupa built in 1964 by the princess, Rasmey Sou Phoan. The Stupa is the worshipping place where we believe in the three sacred objects of Buddhist and the cremated ash of Buddhist also kept.

Things To See and do

Other Destinations in Kep